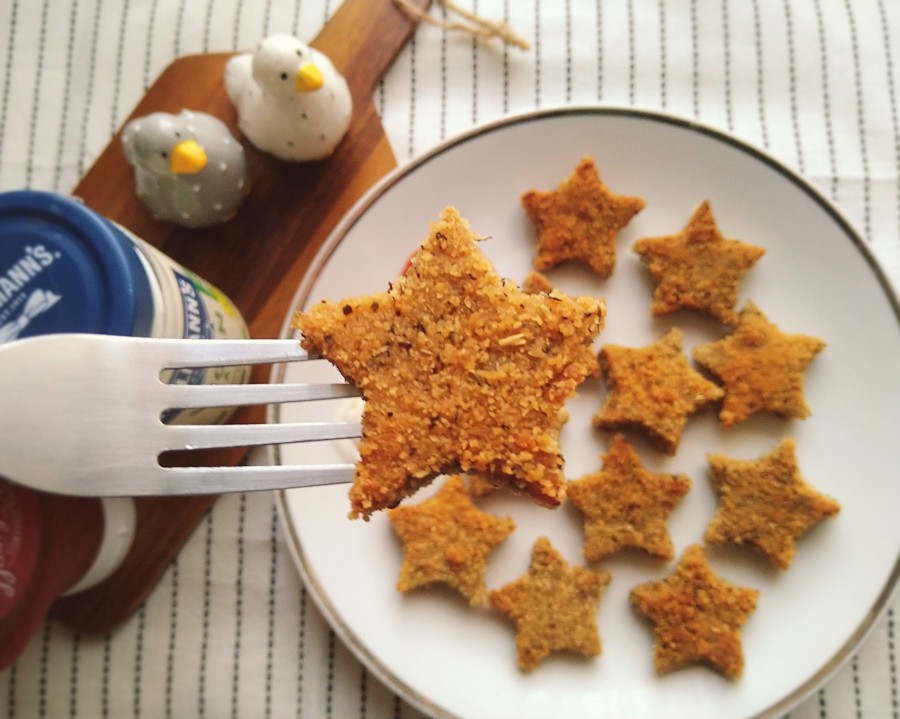 Tender chicken flavoured seitan, in a crispy seasoned breadcrumb coating. This was something I made recently and posted on my Instagram, and a few people asked for the recipe. So I made it again so I could note it all down in a blog post

This was inspired by Bernard Matthews turkey dinosaurs, and I believe they do other shapes too. I wanted to join in with making fun shaped food, so I made these

I used half of my chicken style seitan recipe for this, you can find that recipe here Chicken Style Seitan

Yield; 12 “chicken” stars Cook time; One hour in total (including making the seitan 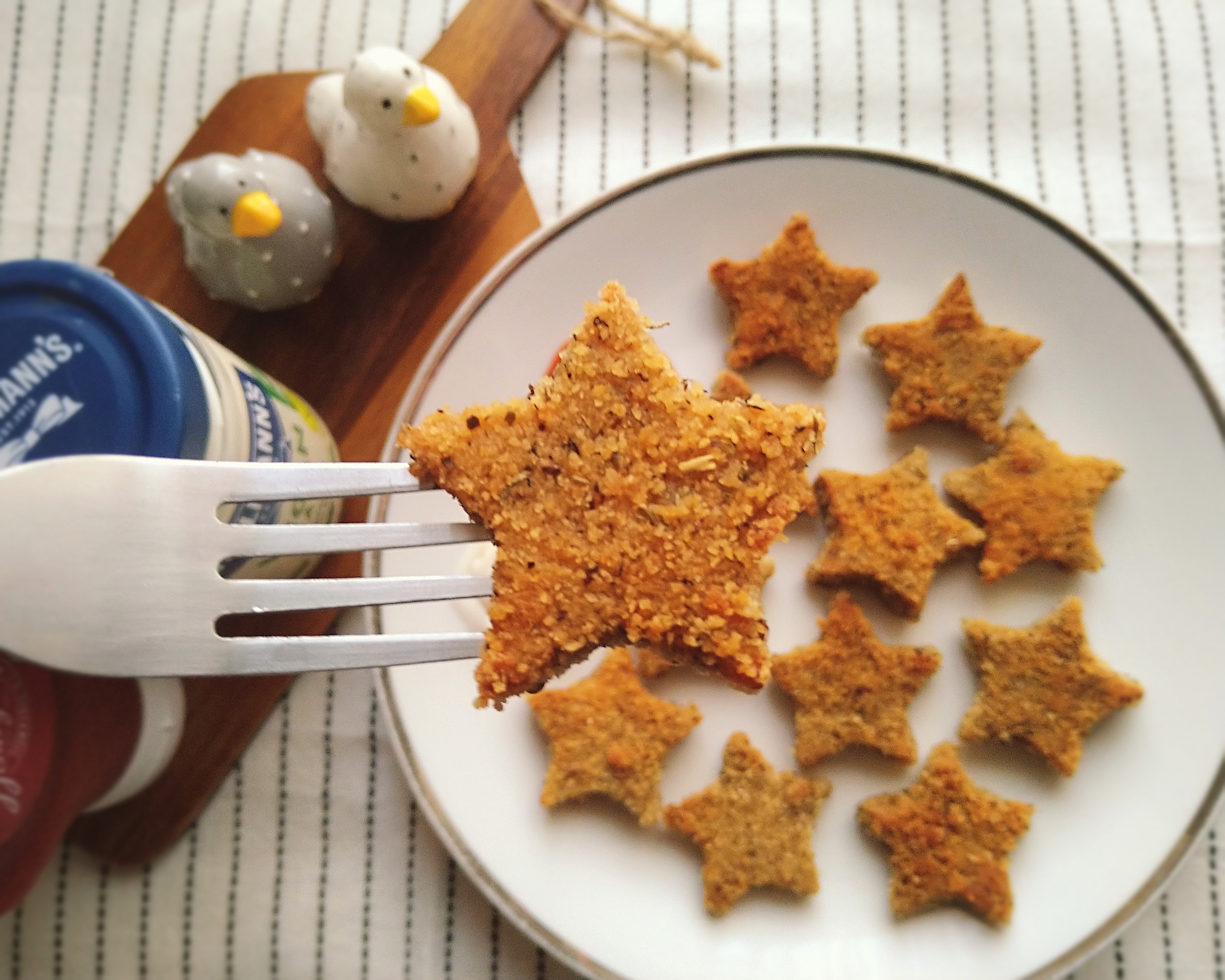