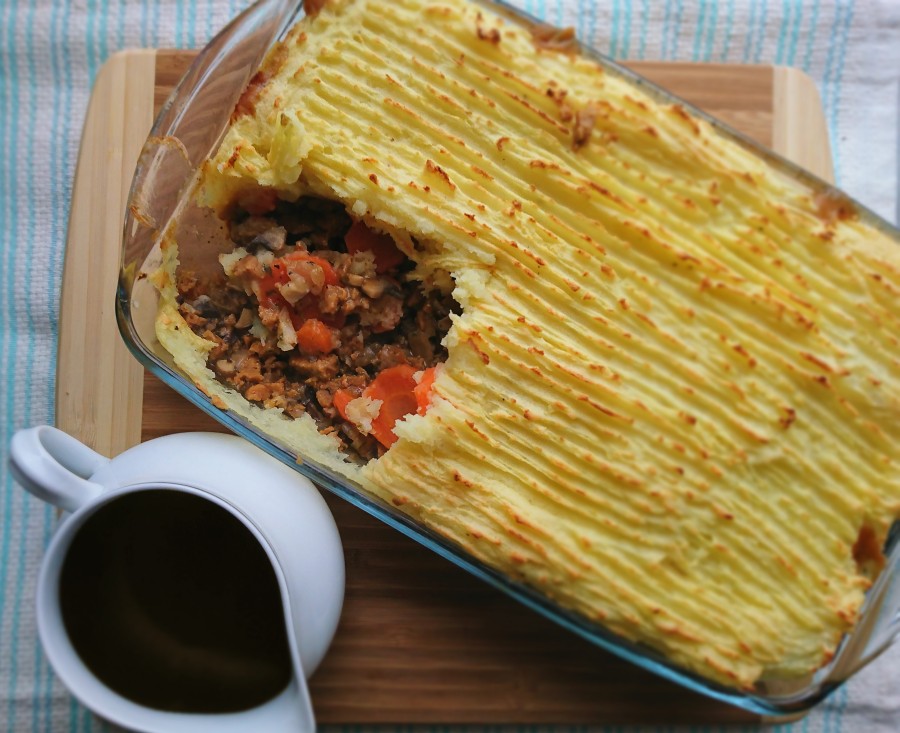 This is my hearty, vegan shepherd’s pie recipe. A rich base layer of meat free mince, chestnut mushroom, herbs and gravy, topped with carrots and mashed potato. I’ve served this to vegans and non-vegans alike and it’s always gone down very well. No meat involved, but all the same delicious, comforting food you know and love

A couple of points;