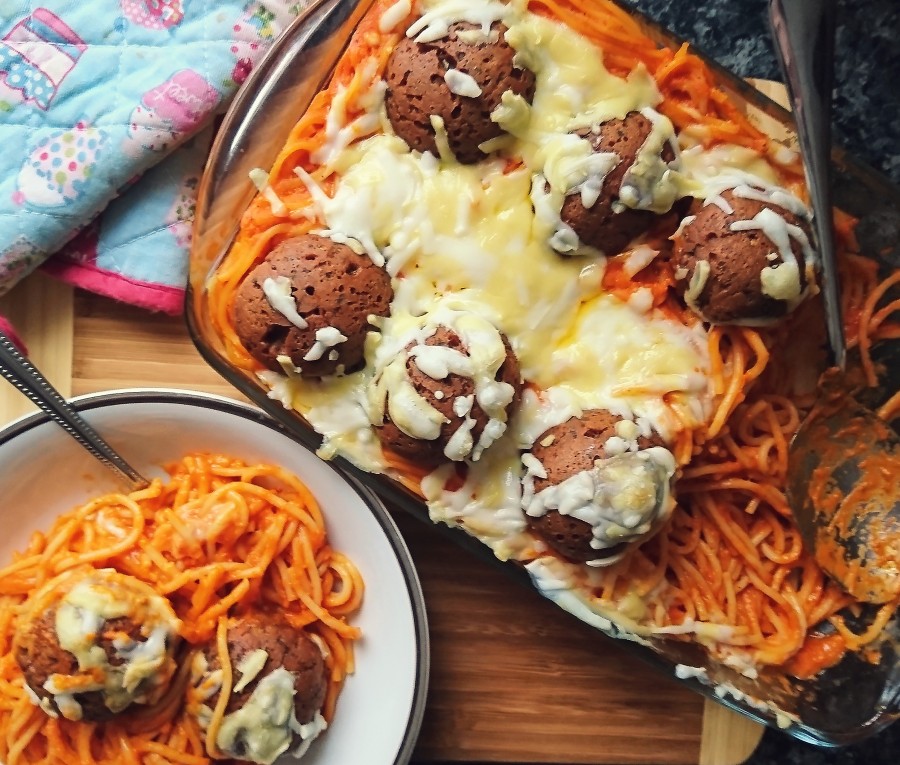 Spaghetti in a creamy tomato sauce, topped with meat free meatballs and a blend of two different melted vegan cheeses.  I chose to make the meatballs myself using my classic seitan recipe, but you could choose to buy them instead. I’ll include the recipe though, should you wish to make them too. If you’re thinking to yourself “but it’s too hot to be cooking” do any of your friends or family owe you a favour? Perhaps that could be repaid through the medium of food, that way you get food without having to cook it, and you can feast on the leftovers later. Win win!

For the creamy tomato sauce;

On to assembling the dish; 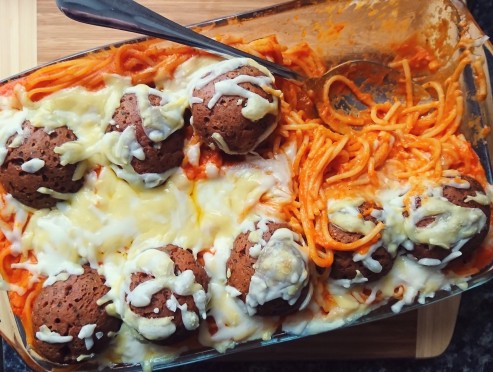