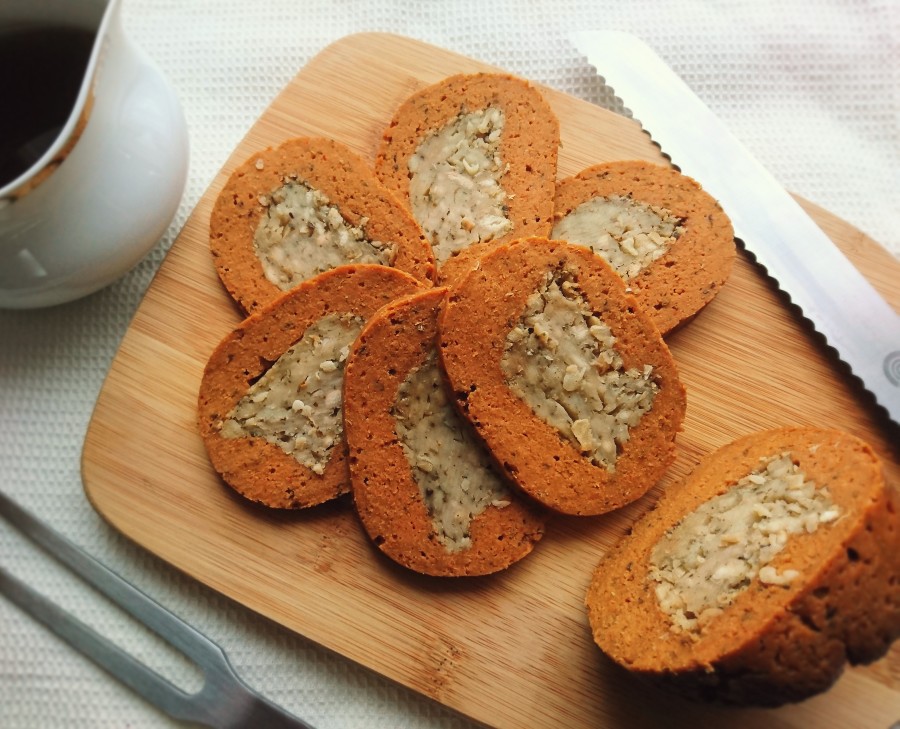 Seitan with a sage and onion stuffing centre, perfect for a festive main dish. Serve this along with vegetables, roast potatoes and parsnips, and any other trimmings you’d like. You can make this ahead of time, for example the evening before you plan to serve it, then reheat it later

This is the last recipe from me for 2019, I will be taking a break from creating recipes for a little while, then new recipes will be coming later in 2020. I hope you have a wonderful Christmas and new year. Thank you for the support you’ve shown me this year, I appreciate it

Now, on to the recipe!

Starting with the stuffing

Now for the seitan

I've been vegan since 10th February 2016, I post easy vegan recipes every Wednesday and Saturday View all posts by Bethany's Vegan Kitchen