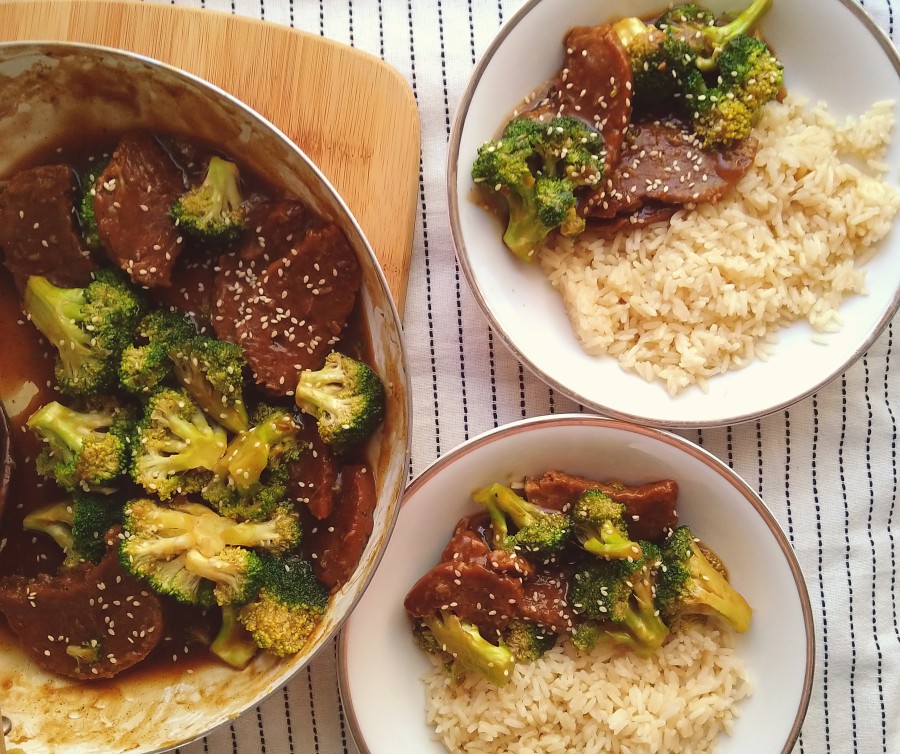 Crispy fried beef style seitan with broccoli, in a ginger, garlic and Chinese five spice sauce. This would be great for an easy vegan fakeaway

I used my homemade Beef Style Seitan for this, if you’d like to make it too click/tap the link to go to the recipe. If you’d prefer you can alternatively use shop bought mock meats

I served mine with fluffy white rice. If you want to serve it with a fried rice dish, I have a couple recipes that would work really well with this
Firstly this Mushroom and Pepper Fried Rice

It’s just as good with plain rice though, as there’s plenty of sauce to soak into the rice