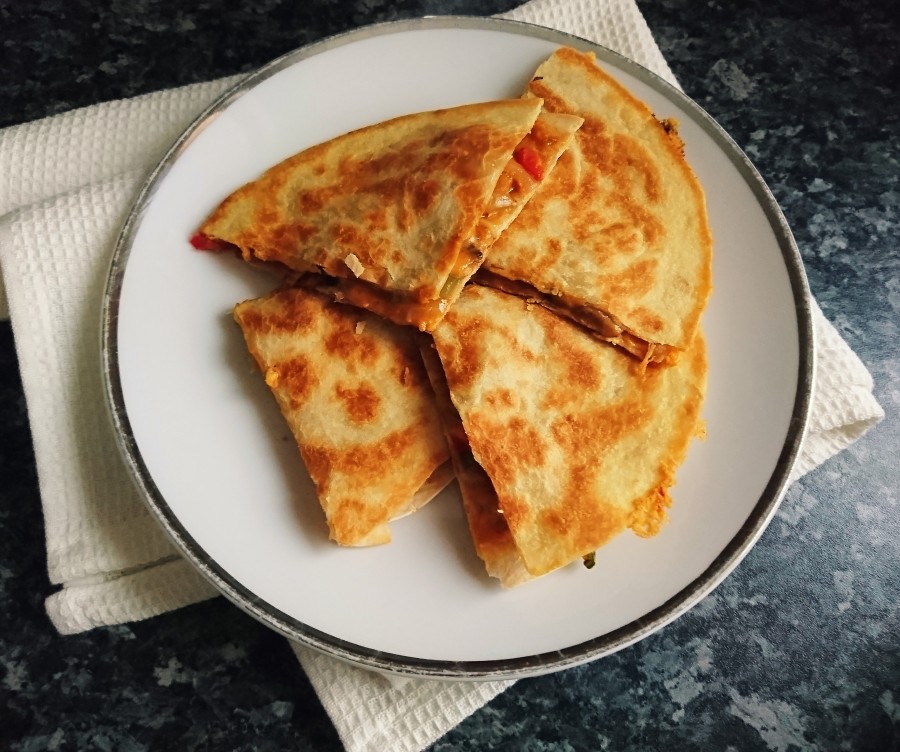 Simple fajita spiced vegetables, along with a little vegan cheese, makes for a simple lunch or midweek meal. It’s much easier to flip them if you use mini tortillas, as opposed to the larger ones