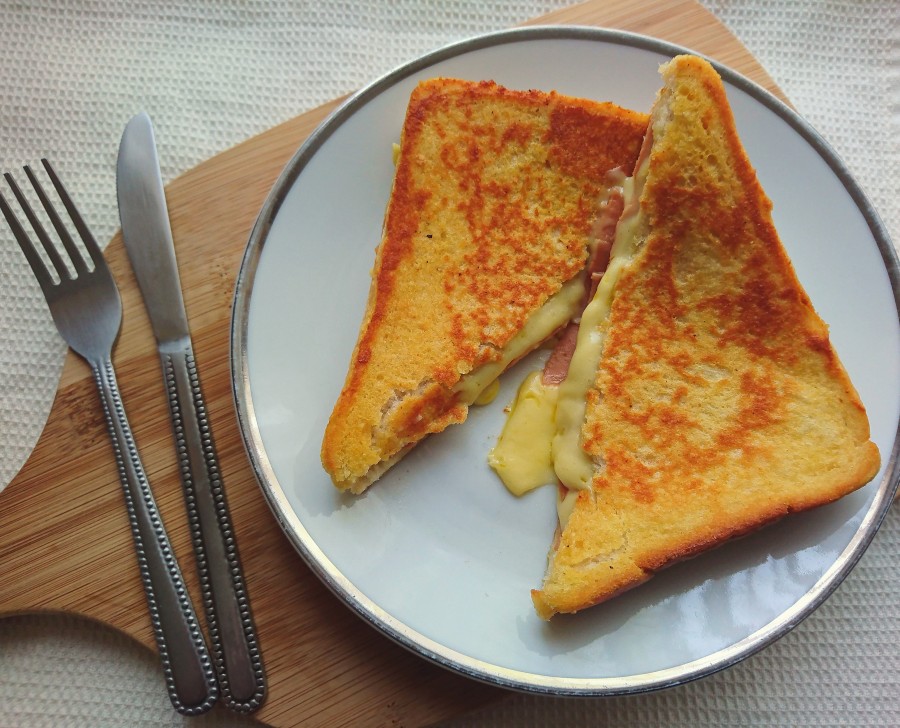 This sandwich is beautifully golden and crisp on the outside, with a melted dairy free cheese and meat free ham filling. The outside tastes just like egg too, because I used black salt, also known as kala namak. This is just enough for one sandwich, so if you want to make more, just double or triple the amounts to make more