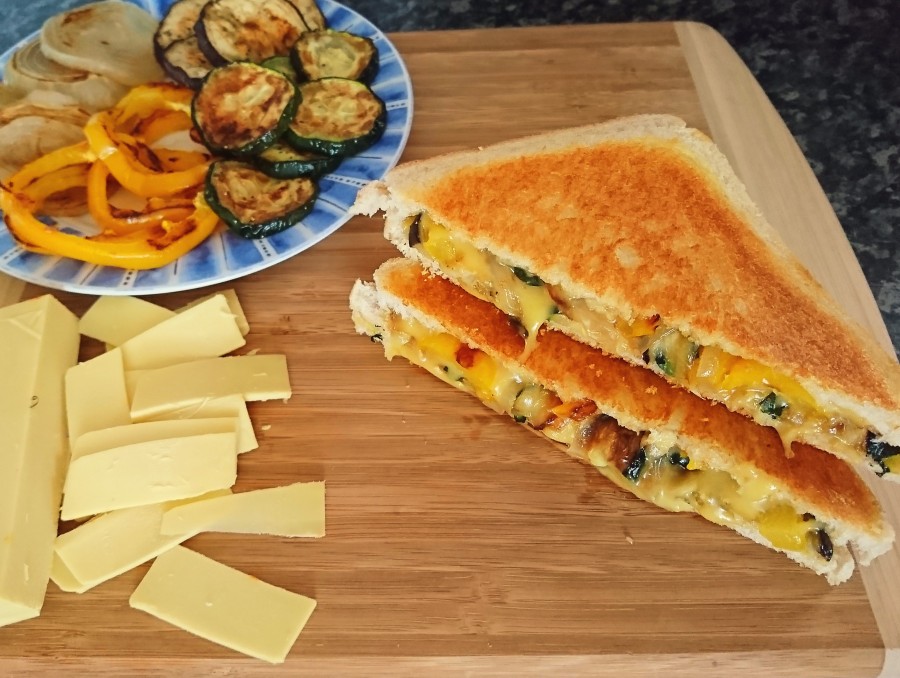 Roasted aubergine, courgette, peppers and onions, with deliciously melted cheese. This was inspired by the first food picture I took. The picture was a very low quality picture of a roasted vegetable and cheese panini that I ordered from a cafe. I was vegetarian at the time, so this is my veganised version, using a frying pan rather than a panini press. The combination of roasted vegetables and dairy free cheese is delicious, and would make for a lovely lunch

Start by roasting the vegetables

Now you can move on to making the sandwiches