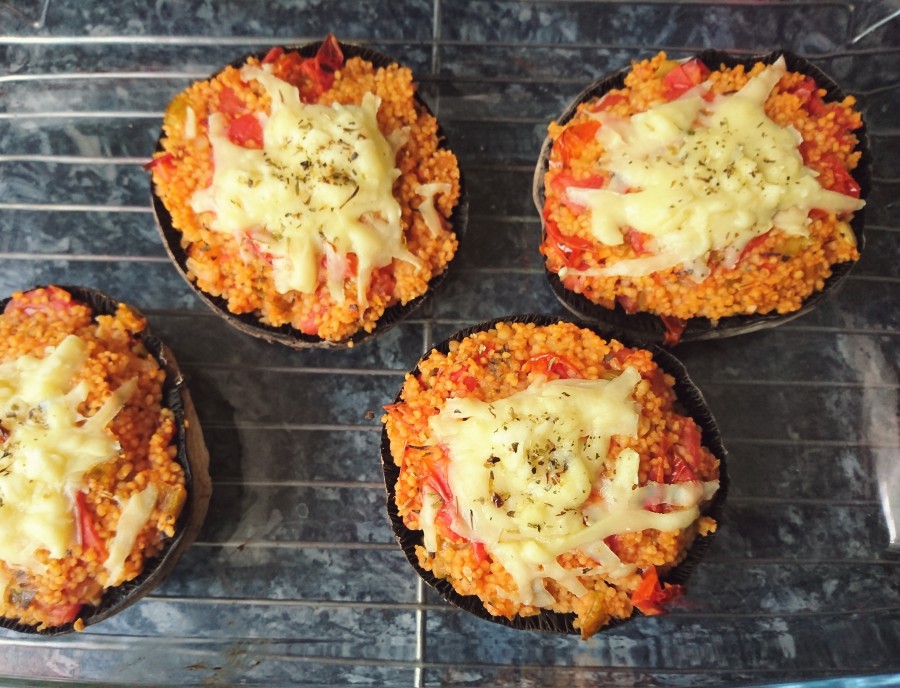 The couscous is flavoured with garlic, spring onion, cherry tomato and herbs. It’s then stuffed into mushrooms, topped with cheese and baked. You can choose to cover the top with cheese entirely, the only reason I didn’t is because I wanted the couscous to be visible

Firstly we’ll start by preparing the vegetables and couscous

Now move on the preparing the mushrooms

They’re lovely served simply with a side salad, or they would be great as a side too