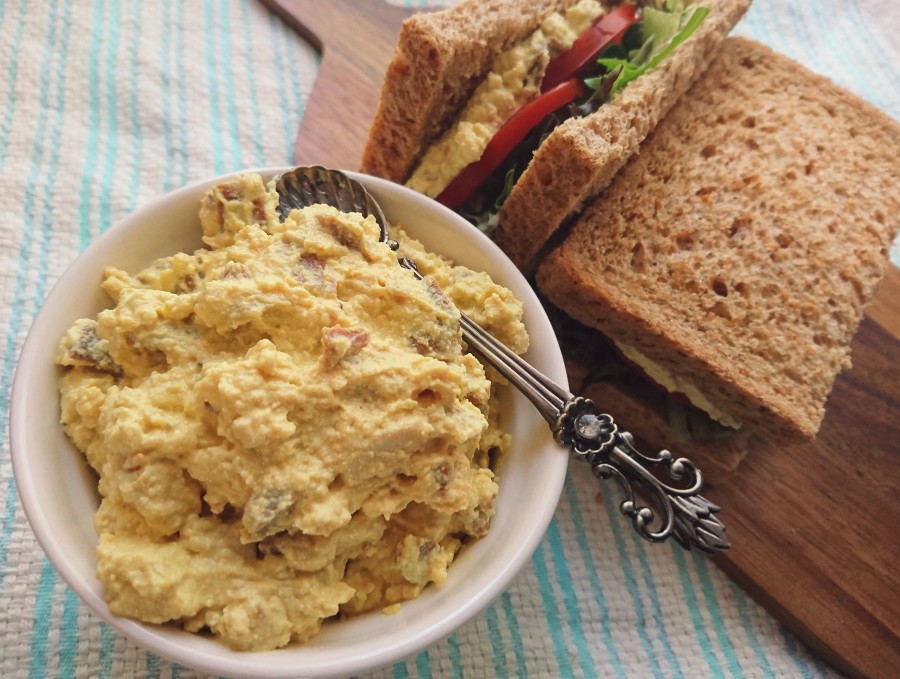 After I tried the amazing plant based bacon by This I thought I’d incorporate it into a recipe. So I made a vegan version of an egg and bacon sandwich filling, perfect for sandwiches, wraps, or baked potato topping. Just like my Vegan Egg Salad it uses extra firm tofu as a base, in this case Tofoo it works perfectly to mimic egg, so I’d recommend using that if possible

I won’t share how much the yield or number of serving this makes, as it could be anywhere from four to eight depending on how generous you are or what you’re using it for

Note – If the products I’ve used aren’t available where you are, just swap them. Other brands of tofu will work, and other smoked mock meats will work for this too. You may need more bacon than I used, as the This plant based bacon has quite a strong bacon flavour, so you don’t need much

I love these @birdseyeuk chicken free dippers, and they're even better if you drown them in curry sauce 😍
Dr. Oetker Vegan Pizza 🍕 with salad because balance or something
New Recipe; Creamy Courgette Spaghetti 🍝
The ducks are thinking "there better not be a bird in that pie 😡". No birds in there, it's chicken free chicken & mushroom Pukka pie
Vegan Chocolate Truffles by @kakoa.choc 🍫 Swipe for a closer view
Mini Roasted Vegetable Pizzas 🍕
Vegan Cheesy Meatball Focaccia Sandwich 🥪
Vegan Burger with @richmond_foods Meat Free Burger & @vitalite Dairy Free Cheese 🍔